The spring/summer 2017 collection was inspired by a graffiti artist;

Imagine a city where graffiti wasn’t illegal, a city where everybody could draw whatever they liked. Where every street was awash with a million colours and little phrases. Where standing at a bus stop was never boring. A city that felt like a party where everyone was invited, not just the estate agents and barons of big business. Imagine a city like that and stop leaning against the wall – it’s wet. – Banksy, Wall and Piece 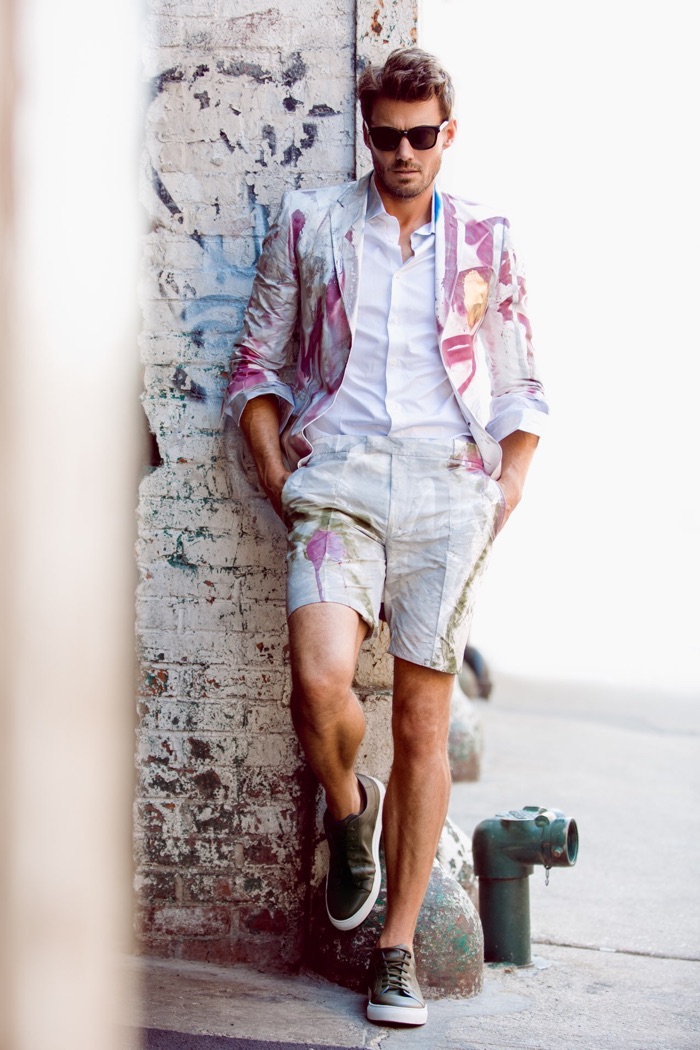 The collection is not made from how a graffiti artist may look like. Instead, it pursued a feeling – in this case the impression of a graffiti writer,” affirms Stephen Ferber, the brand’s Creative Director, who discovered graffiti as a living art form during a speech full of “magical stuff ” at the Art Basel Miami early in December 2015.

The story behind the Graffiti Collection is how the continuous thread of graffiti brings together the diversity of human life. The strong emotional response to the undeceived luminosity of Brooklynite Joseph Ficalora’s twenty-minute speech was something that left the audience at the Miami Beach Convention Centre on the verge of tears. He talked about his life and how “there was nothing left for me” after the murder of his father on the mean streets of old Bushwick, when he was a boy, and the death of his mother from cancer twenty years later. 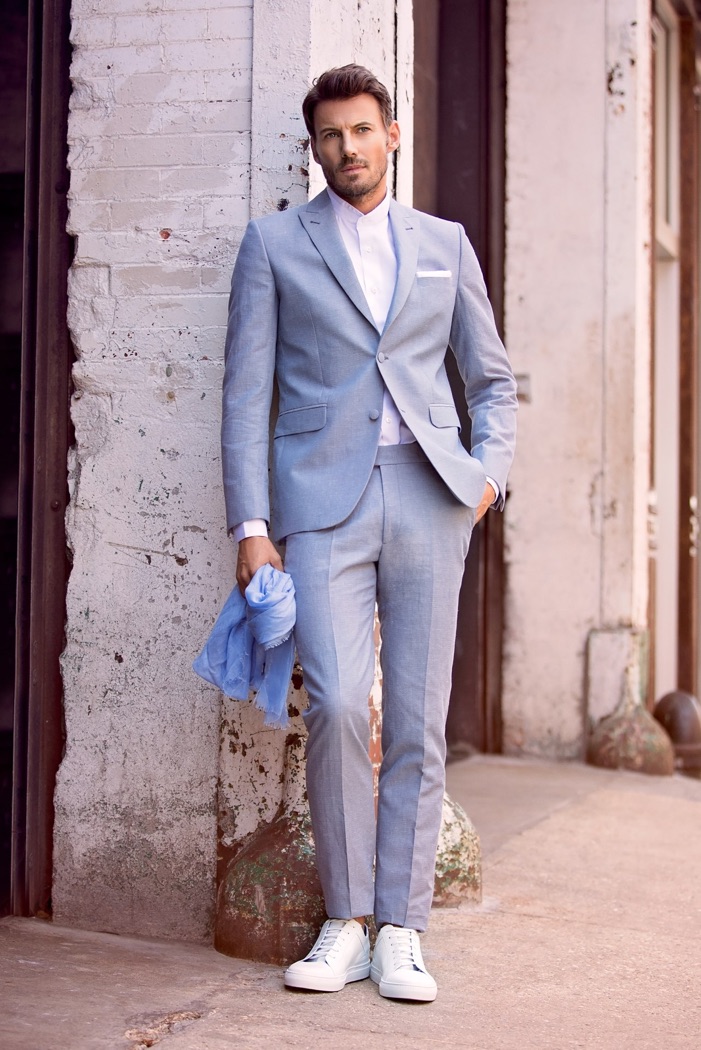 One day in May 2012, Mr Ficalora tried to paint out as much graffiti he could around the family’s steel factory as a possible way to erase the adversities surrounding his own life. A strange turn of fate rather made him discover the social activism, the fun and the beauty, and the true essence of graffiti. Before long he originated and curated Brooklyn’s famous and very flourishing graffiti project the Bushwick Collective.

Mr Ferber explains that what he himself arrived at “was how you could still have so many similarities to another human being who comes from a completely different world than the one I come from. We have so many incredible similarities, and he conveyed his experience so fine that you felt with him and for him. His feeling, his drive, his way of speaking – I recognise myself so much in all of that. And then I felt that I somehow wanted to try to dedicate the collection de facto that it can be that way. Stephen F is not for a special fundamental norm, Stephen F is for a specific feeling. 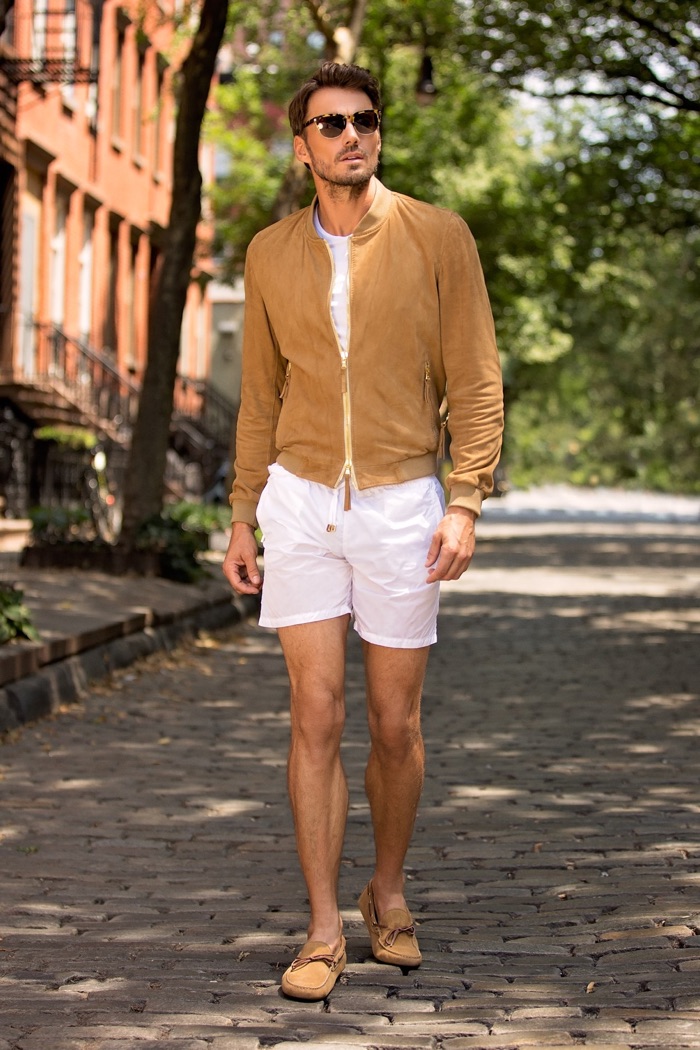 There are no hoodies but sneakers and some casual styles and a lot of classics in the collection. Signature colours are dusk pink and army green (also together in grids).

“I sincerely hope that we will run into each other at Art Basel in Miami next time. I am sure he will be there. Then I will show Mr Ficalora thirty new garments and tell him, ‘ This is you!’” 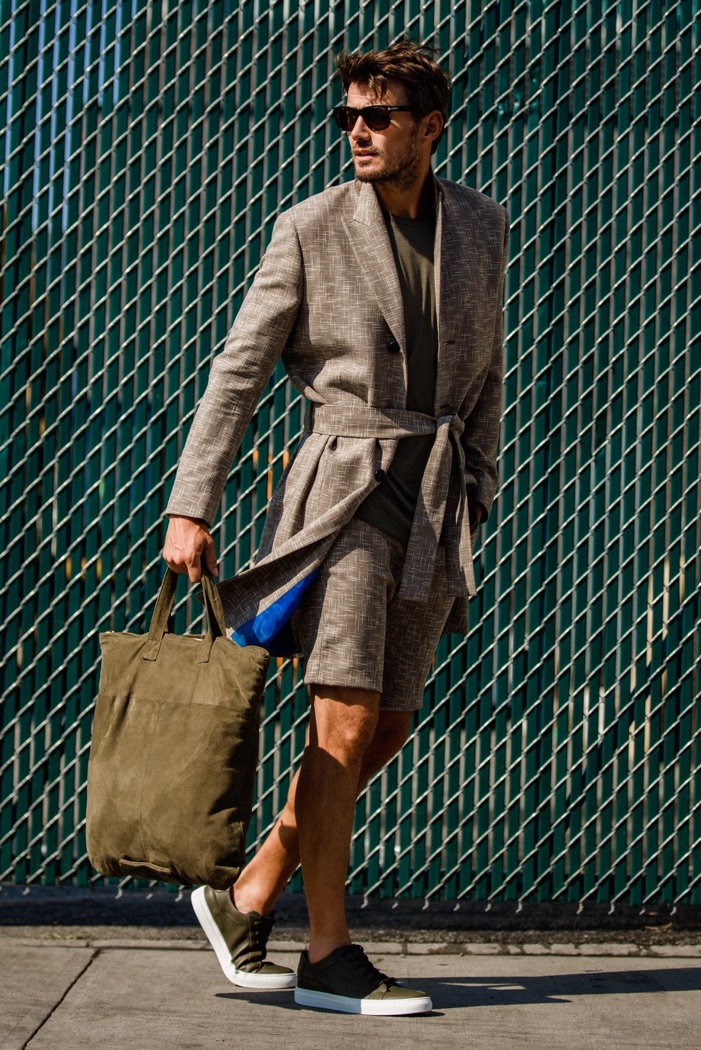 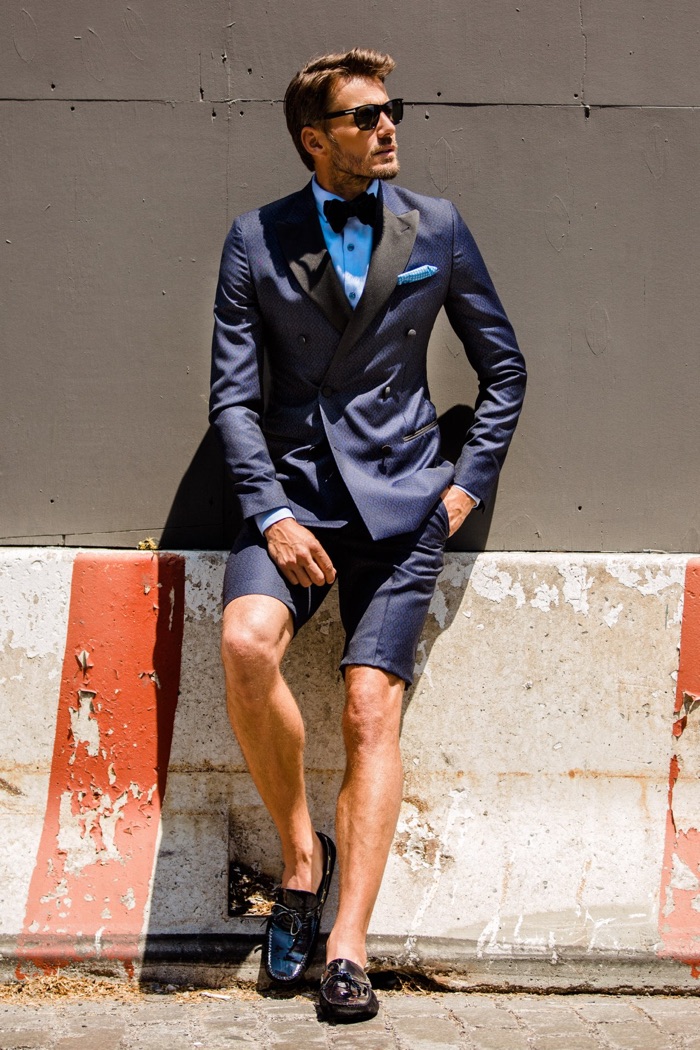 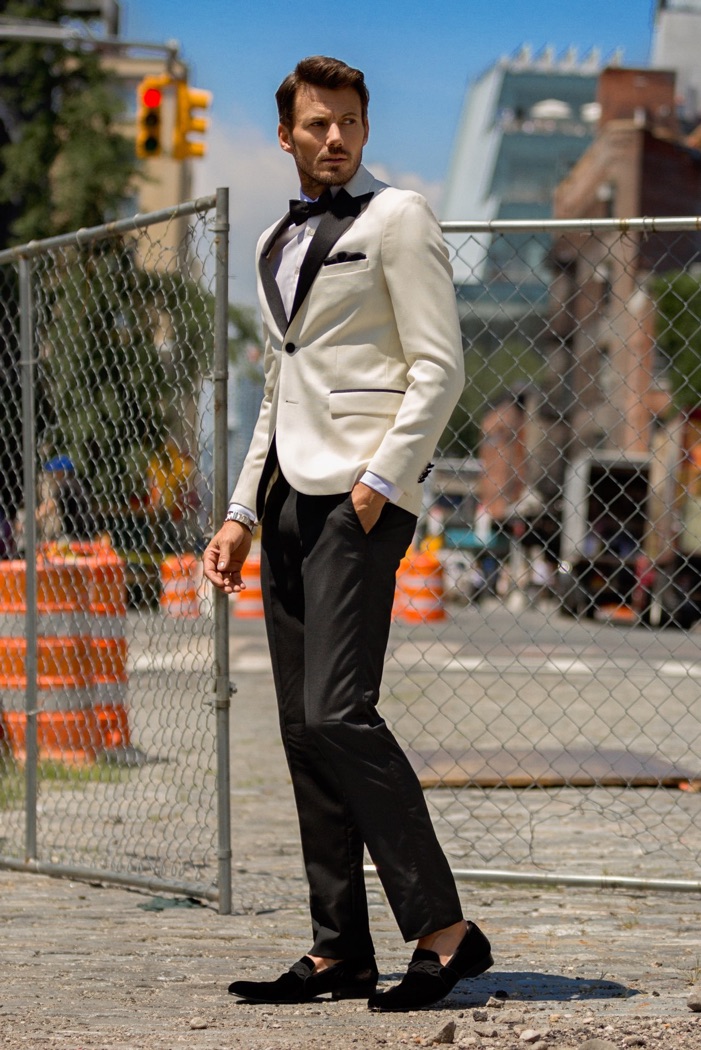 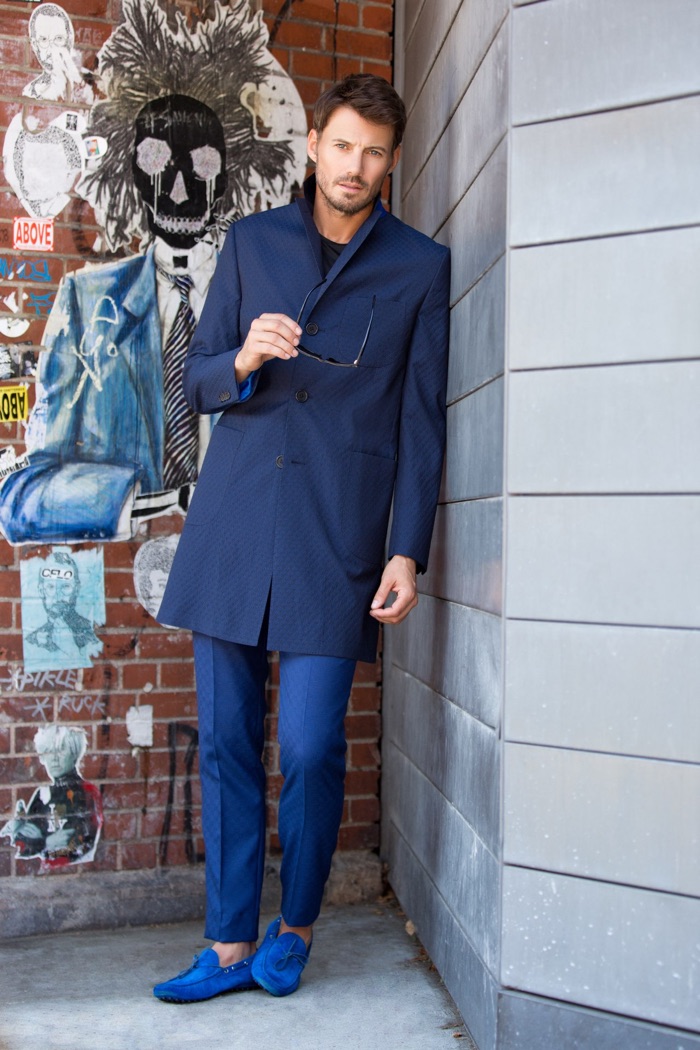 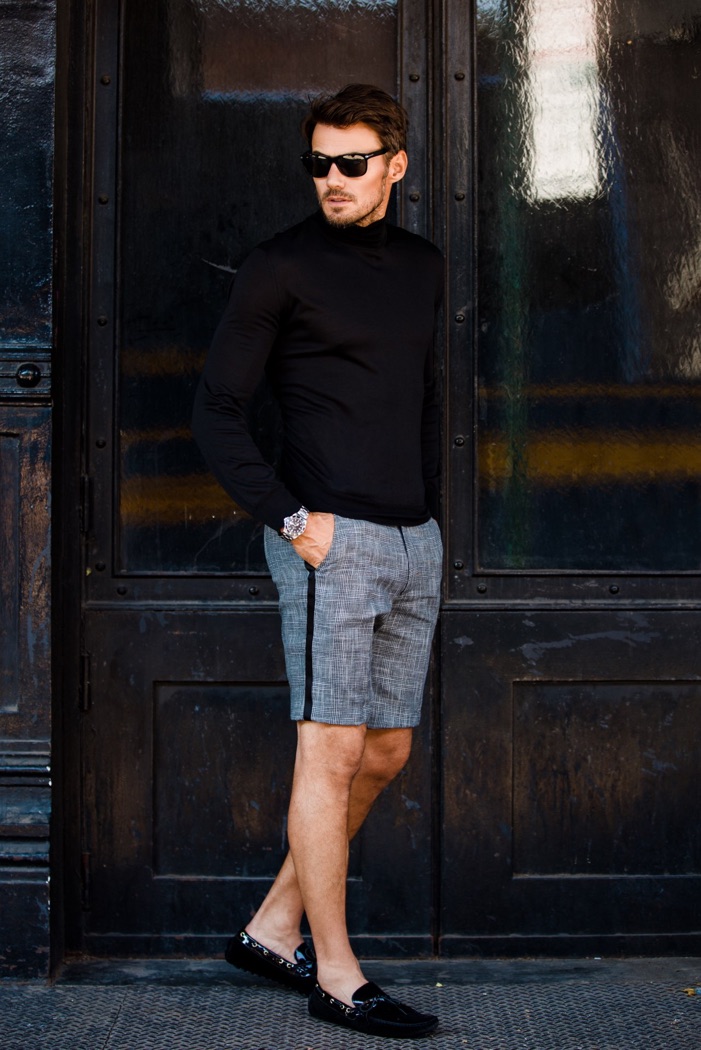 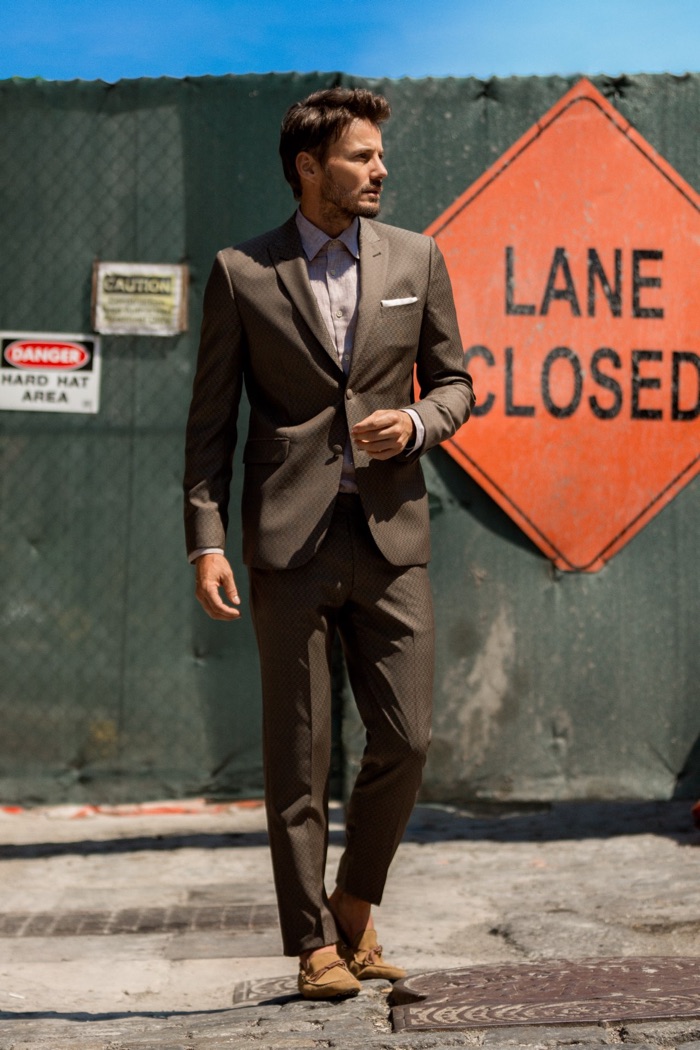 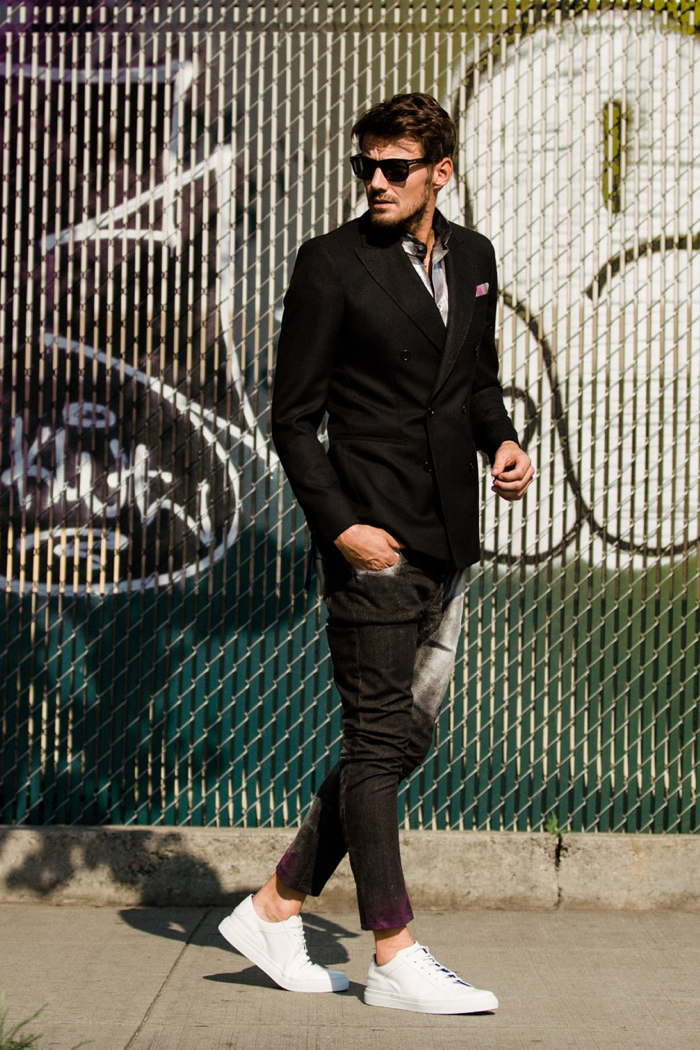 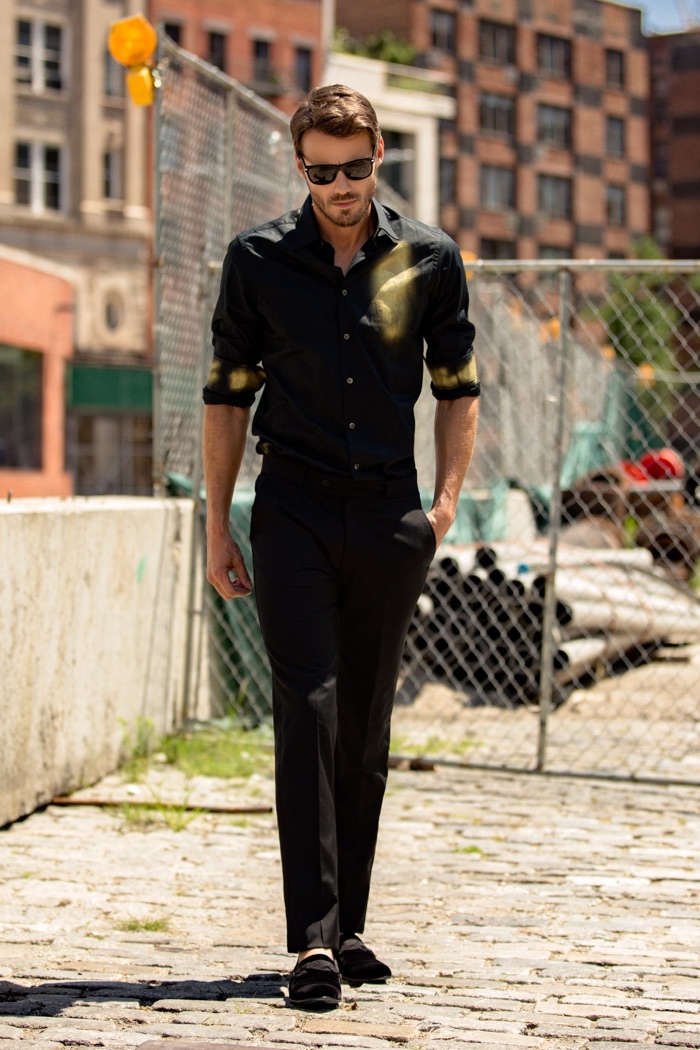 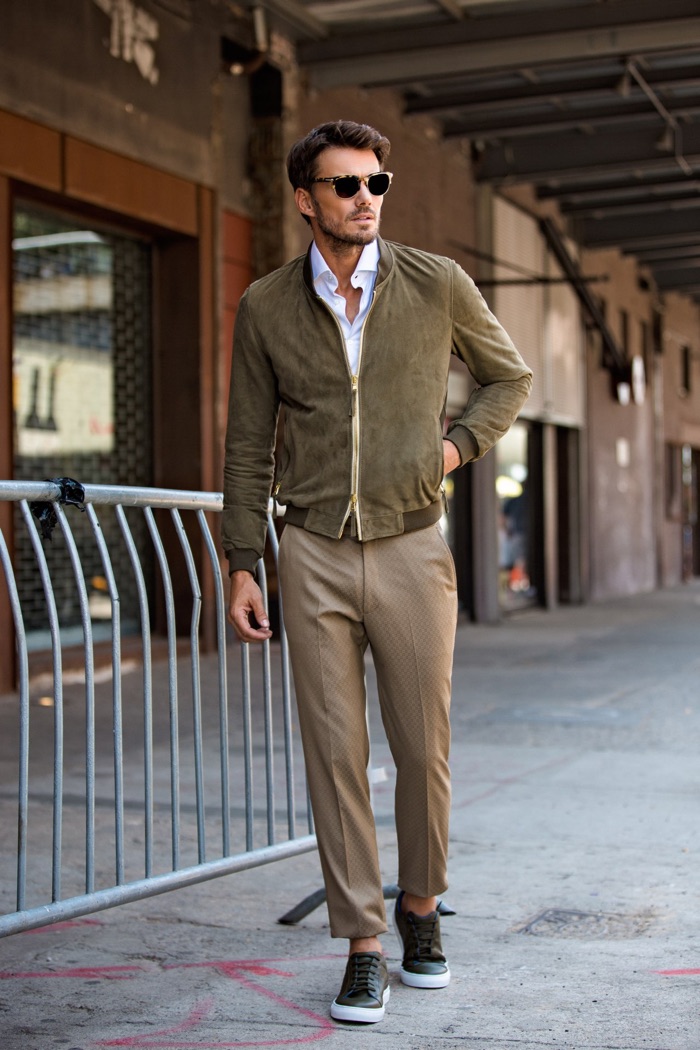 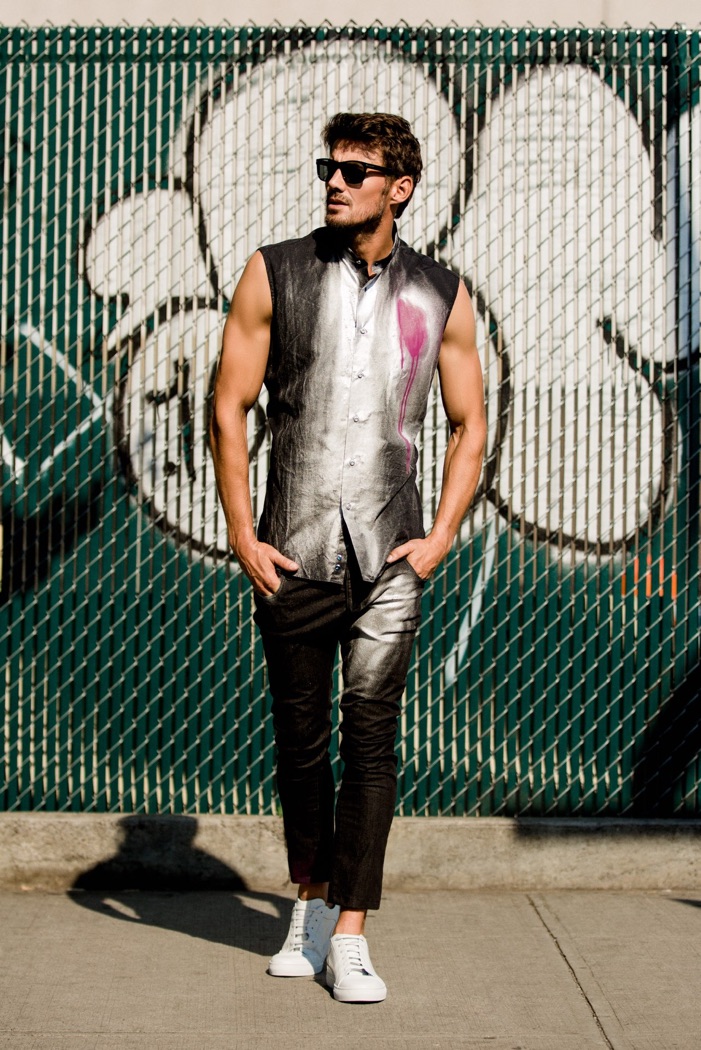