“Versatility is the name of the game for both actors and fashion designers. Josh Young, who earned a Tony nomination for playing Judas in the 2012 revival of Jesus Christ Superstar, is now playing slave-ship-captain-turned-evangelical John Newton famous for writing the lyrics for the musical’s namesake Amazing Grace. Since Young can go so seamlessly from B.C. to A.D. onstage, Broadway Style Guide thought it would be fun to show off the variations on Stephen F’s classic, navy blazer. Each look is all about the jacket, but the addition of different accessories and materials make the transitions seamless!” 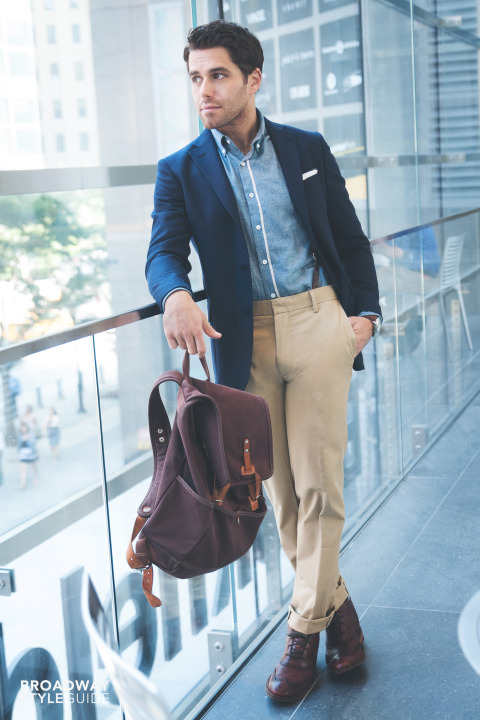 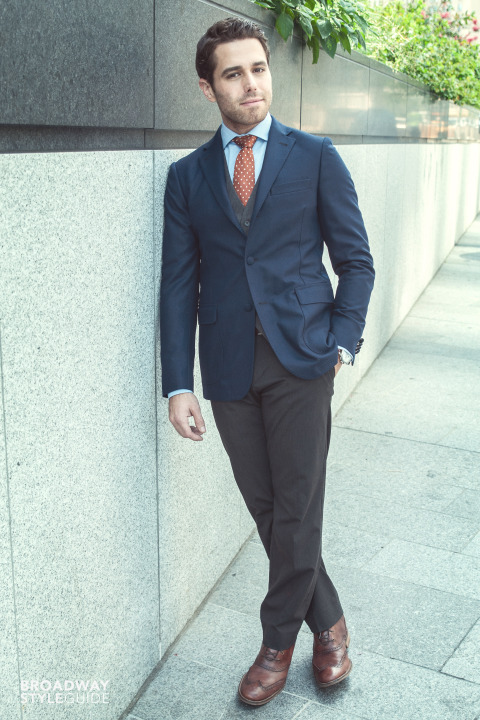 A day at the office 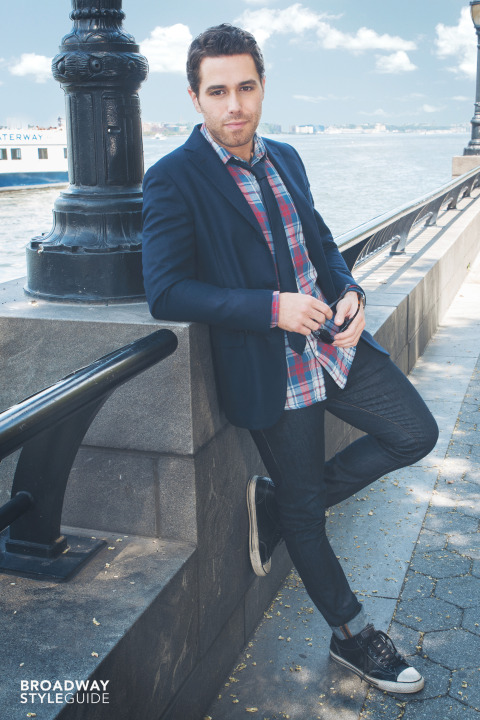