Last month GQ Magazine spotted Nick Jonas wearing our Stephen F camel double breasted cashmere suit, which they referred to as being the coolest double breasted suit they had seen, and that Jonas’ outfit was truly inspirational. 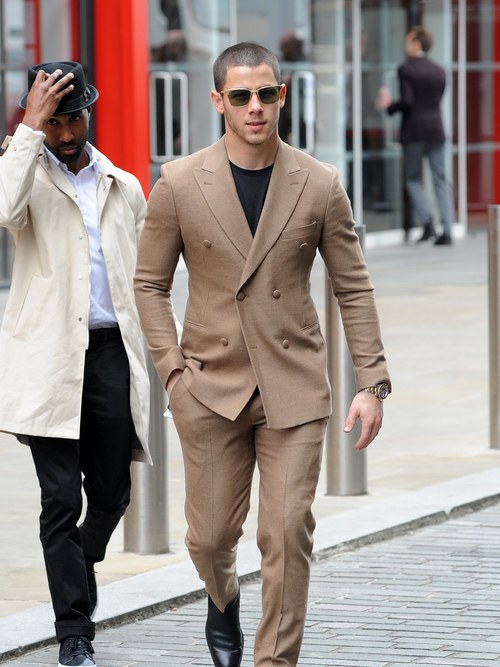 “WHY: Because of every reason we told you about… and the fact that the singer just looks like a suiting god here.” – GQ